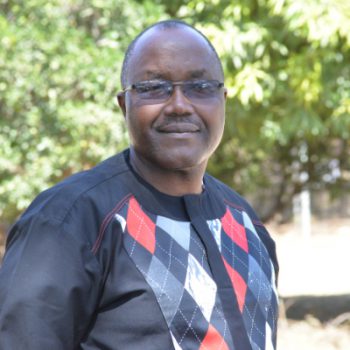 Timothy O Olonade is the Founding Executive Director /Team Leader of El-Rehoboth Global Leadership Foundation a world mission enterprise established in 2011 to accelerate the fulfilment of the Great Commission. In January 2012 he Co-founded M2414Initiative for Final Harvest to provide Networking platform for Mobilizing and Mentoring younger generation to actualize Math 24:14 ASAP while caring for the poor through its SMILE Initiative and motivating the needed urgency for God’s mission through its Khevra Network.

Timothy Olonade believes in, and for over four decades has championed, the global cause of Christ in the local church by raising mighty army of believers who will participate in God’s global redemptive plan. Timothy Olonade is an expository Bible Teacher, an ordained Minister of Foursquare Gospel Church and a Canon in the Anglican Communion.

Timothy’s missionary work and leadership influence include over a decade of ministry as the Pioneer Chief Executive Secretary of Nigeria Evangelical Missions Association (NEMA) – an umbrella national body he groomed from 42 members to 140+ mission agencies and churches with 6500+ missionaries serving in 60+ countries worldwide. Prior to this time Timothy had served as a missionary and member of the leadership team of an indigenous church planting group, CAPRO from where he took early retirement to concentrate on mentoring, training and leadership development.

Timothy Olonade has been serving on the board of some national and international Christian organizations as member of Mentor Link Round Table Fellowship; Ethne-to-Ethne Network; 24:14 Coalition; Member of Trustees Nigeria Evangelical Missions Association; Founding Coordinator Mentor Development Global Network, and Kingdom Vanguard Africa; Director African Christian Text BookS; Int’l Training Director and until recently, Vice President for Int’l Training Leadership Ministries Worldwide. Patron Women of God Int’l/SMILE Initiative. He oversees the development of Encountering the World of Islam in English Speaking African countries to train believers, evangelists and pastors on Strategic Training in Evangelizing Muslims: STEM. He is the Convener/Chief Host Mentor Development Gathering and Young Adults’ Kingdom Vanguard Assembly; Timothy’s training and background in Communication and media and his stint in TV Production have oiled his writing and publishing ministry with more than a dozen personal books including Motivation for World Mission published in 1988 and recently released Nuggets of Life – insight for life that counts, published in 2017. Through More Books Africa and El-Rehoboth Media has assisted leading authors in Nigeria to publish 100+ titles. He’s married to Hannah, a fellow missionary and President, WOGIN SMILE Initiative for Women and Vulnerable Children. The Olonades are blessed with three adult children.
Continue Reading Show Less

We are a specialized mission agency established to proclaim God’s word around the world; champion Christ’s global cause in the local church and raise huge followers of the Lamb from all the tribes of the world.

Connect with us on the Social Media